c. 1840 shoe factory called the Great Western, then renamed St John’s Hall. All during the nineteenth century it was located on Main Street at the corner of Burtis Ave. It was moved around the corner in 1912 to Burtis Avenue when Hebert Scofield expanded his two-year old brick building all the way to the corner to house his booming furniture business. Restored to an early 20th century appearance by Malcolm Robertson Architect, New Canaan, for Willnew Holdings, it is now occupied by the Rockwell Gallery. 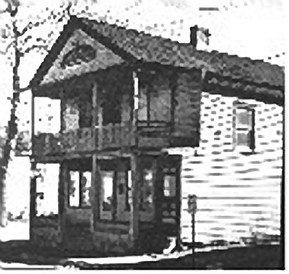 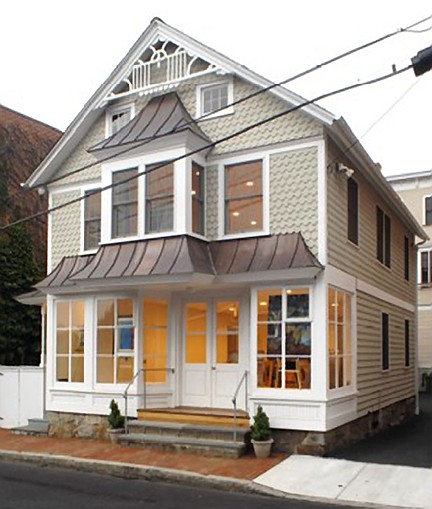