You've asked what you can do to help:

Join us in our efforts to transform the 1913 Library, in situ.

Please send a letter to our Town representatives.

Tell them that the original 1913 Library should stay, in situ, as part of the Library Campus!

And send one to the New Canaanite and NC Advertiser while you're at it!

Background to Customize Your Letter

Important to note is that Planning & Zoning passed the Plan of Conservation and Development in 2014.  It’s a document required to be updated and submitted to the state every 10 years. You can find this document on the town website.  It helps to protect buildings like the 1913.

There’s been a lot of misinformation repeated about the 1913 Library.  Don’t forget, there’s an actual building sitting there that can be measured and inspected, so the misinformation is shocking.

The New Canaan Library administration has finally agreed that the 1913 Library Building includes the original two rectangles (1) 66x22 (1) 60x24 totaling 2,892 square feet. The floor plan below was published in the paper in 1911. 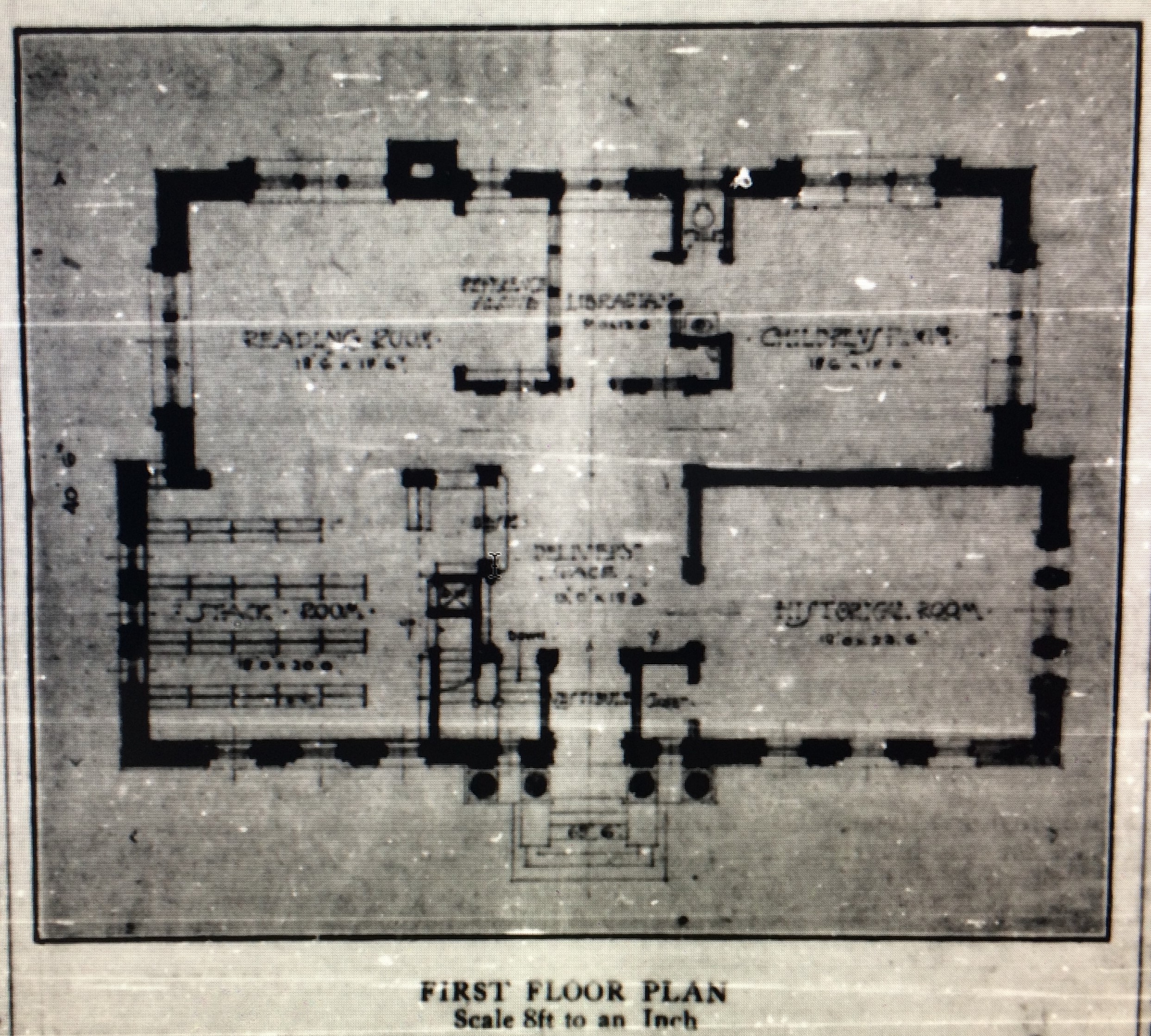 Printed in the local paper in 1911

As a compromise, we are proposing to go back to the original 1913 building to allow for more green space and better circulation around the 1913. 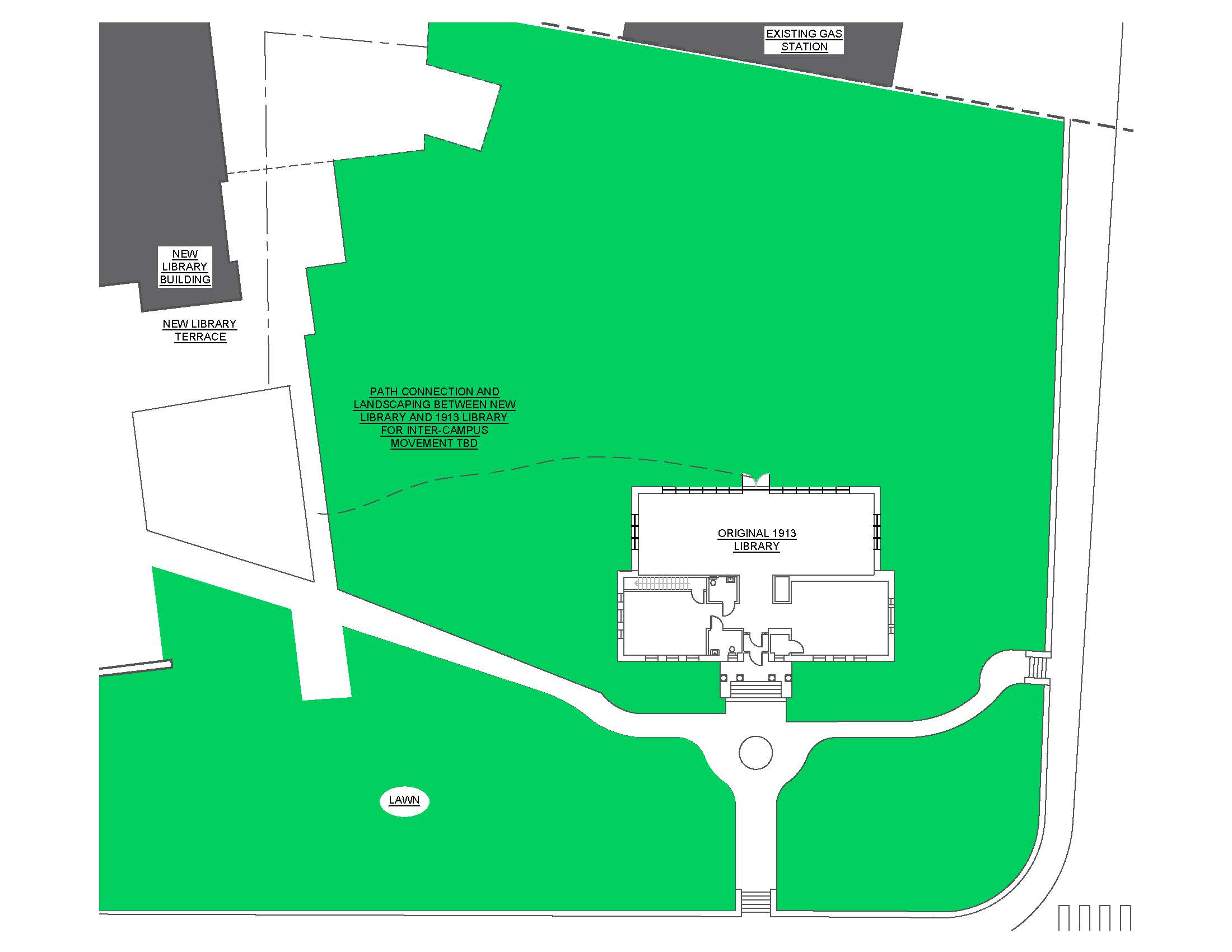 The 1913 building assessment report, completed by a team that included award winning preservation architects, stated that the building from foundation to roof was in good condition. Beyond expectation.  This initial report was also confirmed by the architectural firm, Crosskey Architects of Hartford. They were selected by P&Z as an independent reviewer.  See there report here.

Work to Repurpose the Building:

We will be adding two unisex toilets meeting ADA requirements and installing a state-of-the-art air flow system which will allow the flow of outdoor air to sweep the interior. And, include exhibition lighting, performace lighting and task lighting.

The visible stones from the 1936 and hidden stones from the remnant west wall of the 1913 will be used to rebuild the missing rear north and south walls. A folding glass curtain wall will replace the rear faing wall, resulting in total flexibility for indoor events for 100 people or outdoor events for hundreds of people.

A complete itemized budget by Architectural Preservation Studio can be found here.  The Crosskey Architects confirmed this budget, but then included a whopping 40% contingency number, bringing it to $1.2 million.  Amazing to think that the 50 foot folding glass curtain can be purchased and shipped to New Canaan for $130,000!  See the manufacturers's video of how it will work!

There has been a lot of discussion about the possibility of moving the 1913 building.Moving the building will eliminate its historic value.  It will no longer be eligible to be listed as an historic building in the State of Connecticut, and it will no longer be eligible for state preservation grants towards its repurposing.  It will also be a logistical nightmare.  The library’s construction manager is working on a cost estimate for this move, our estimates put it close to $1 million.  Basically turning a $1.2 million project into a $2.2 million project.  It would be fiscally irresponsible and remove the ability to have the 1913 Library listed as an historic building with the state.

The re-purposed 1913 Library building creates a Library campus with the green linking the Town's past and its future while respecting the environment.  These two buildings can have a wonderful aesthetic rapport. 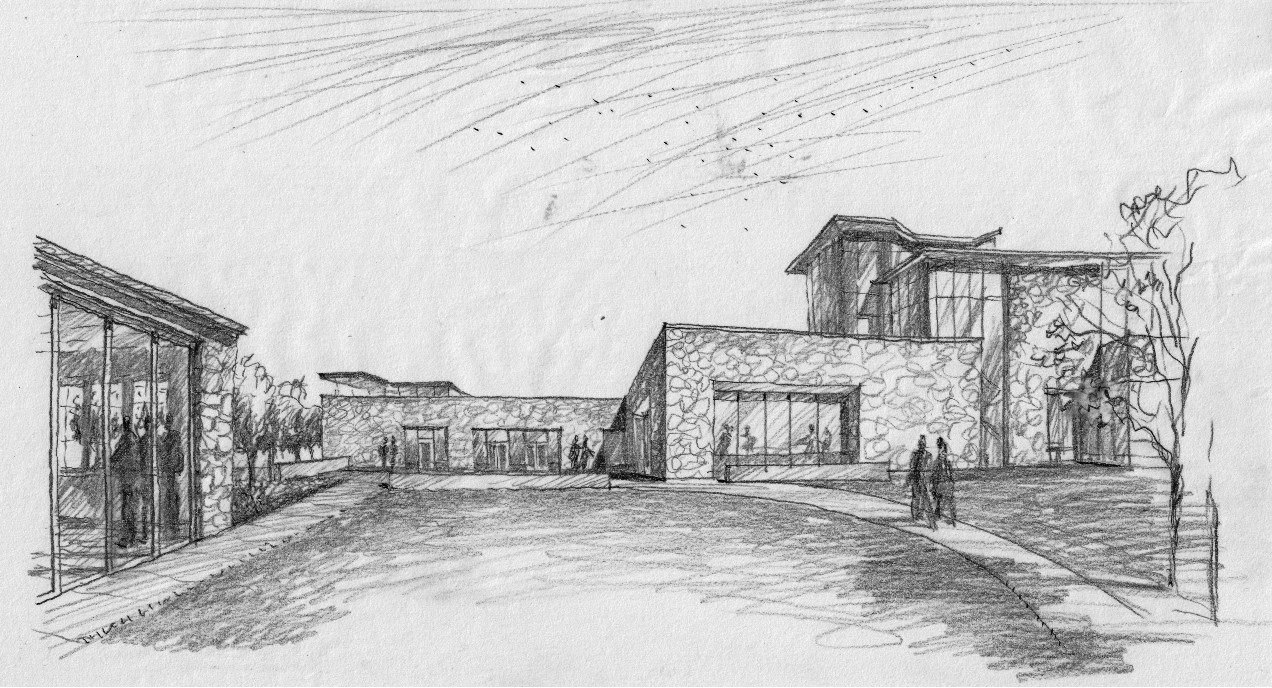 The New Canaan Library asbestos report is for the demolition of the entire existing library building.  Significant asbestos was found in the 1970s addition, very little in the 1913.  Most other buildings in town, built in the same time frame (1911, 1912, 1913) have had little to no asbestos.

The two unisex bathrooms will be ADA compliant.  Now that the 1913 Library will be part of the Library and its Campus no additional ADA parking will be required.  The Library's landscape architects will create a pathway connection between the two building.

Please consider these facts when writing your letters, and please include a letter to the New Canaan Library Board as well!

The New Canaan Library has said they are focussing on preservation of the 1913 now that they have started construction on the new building.  Let's remind them that we want the 1913 Library to stand, in situ, as part of the Library Campus.

Copy and Paste the Sample Letter Below

Edit and Send on Your Own

Don't forget to add your Name, Email and Address with your email!

Its time to compromise!  Transformation of the 1913 Library back to its original structure with folding glass curtain wall will meet the needs of the Library and the community! It will provide a flexible, versatile space while allowing for more green space and circulation.

Planning and Zoning Commission will be able to follow their thoughtful Plan of Conservation and Development and Village District Design Guidelines and New Canaan Library will meet the condition approval, preserving the 1913 Library, in situ.

We can have both!

SEND YOUR LETTER TO THESE EMAILS: